Stantec Volunteers Spruce up the Trail in Branford

In early September, a dozen stalwart community service volunteers from Stantec, Inc. worked on the Tabor section of the Trail in Branford.  This temporary trail extends three-quarters of a mile from Pine Orchard Road to the east to Tabor Drive to the west end, skirting beautiful Chet’s Pond. 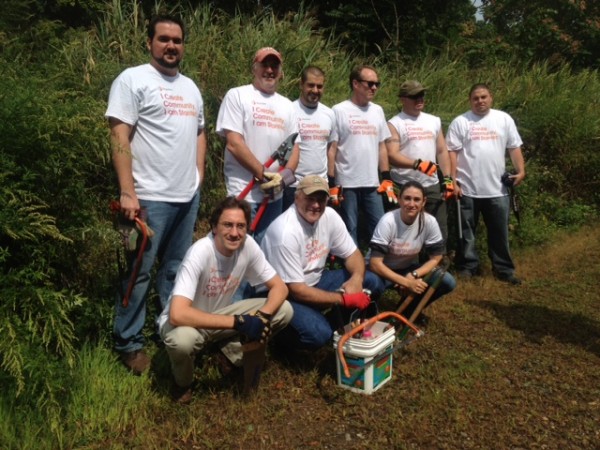 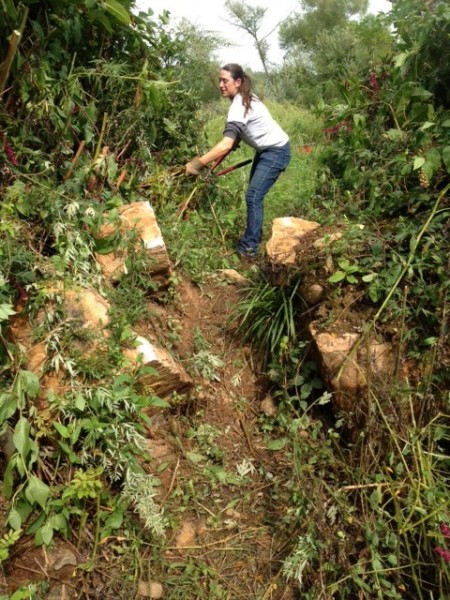 You think this is easy?

They cut down mugwort, wild roses, and other invasive plants that threaten to overtake the trail and, even more importantly, they sawed down branches of the autumn olives that overhang the trail, clearing over head as well as under foot.  Their cheerful banter as they hacked and sawed made it seem as if they were actually having fun.

SGT Branford thanked them for a job well done with water, cookies, and fruit, but in truth we can’t thank them enough. This was community service with gusto!