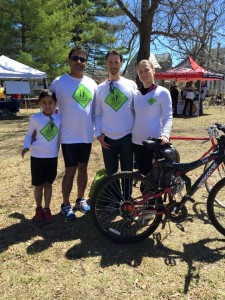 Farhan Soomro and his son Saami relax after the 12 mile ride, with Glenn Gaffield and Anna Heinzel who did 20 miles.

On a sunny Saturday in April, the Shoreline Greenway Trail Rock to Rock Bike Team – eighteen energetic members, ages nine to seventy seven – rode their bikes in the 7th Annual ‘ROCK TO ROCK’ EARTH DAY RIDE in New Haven on April 25. This event is a major fundraiser for 24 environmental organizations and this is the first year that Shoreline Greenway Trail was invited to participate.  Members from all our towns helped volunteer or joined our Bike Team. 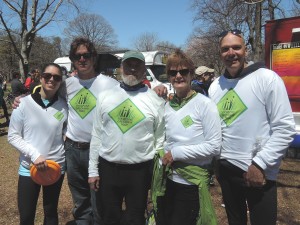 Our Bike Team riders chose one of five different courses, ranging from the 8-mile Family Ride to the challenging 60-mile Century ride!  Together they raised almost $8,000 from 94 generous donors..… a fun day and a fun way to raise funds for Shoreline Greenway Trail!  We thank everyone who contributed to the wonderful day. 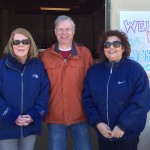 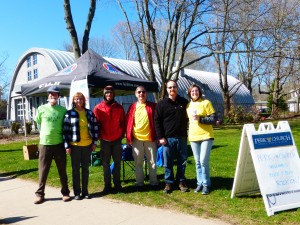 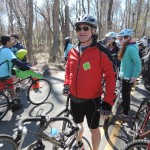 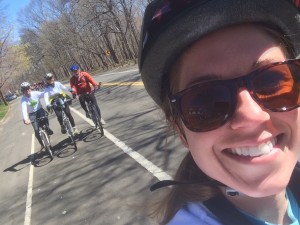 a selfie on-the-go by Chelsea Anderson of her family