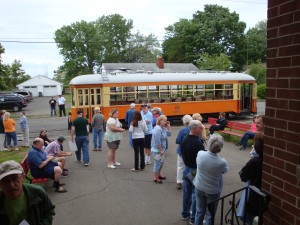 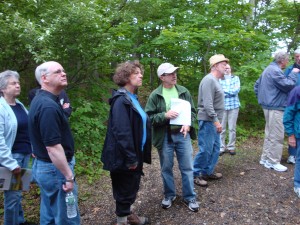 On Wednesday, June 24, at 5:30 pm, Paul Proulx (Elm City Cyclists) led a bike ride as part of the International Arts and Ideas program from the New Haven Green to East Haven that featured the Shoreline Greenway Trail.

Jo Zaehringer and Sue Stacy met the group at Lighthouse Point where Jo gave a little history about Lighthouse Point and why Shoreline Greenway Trail decided on its being the trail’s westernmost terminus.  Sue led the group into East Haven to view and ride on the trail behind D.C. Moore school.  We then met Barbara Brow at Cosy Beach where we stopped for ice cream and Barbara spoke about the East Haven section of the trail, the Farm River and East Haven’s future plans.  A fun time was had by all!