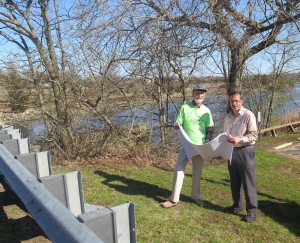 Shoreline Greenway Trail has received more than $366,000 in grants from the Connecticut Department of Energy and Environmental Protection’s (DEEP) Connecticut Recreational Trails Program. The money will be used to build the first section of the trail in Guilford and an extension of the current trail in East Haven. Both sections will be accessible to pedestrians, bicyclists, people in wheelchairs and other users of non-motorized transportation.

Sections of the Shoreline Greenway Trail totaling six miles in length are already open in Madison, Branford and East Haven.

The largest grant, for $269,816, will go toward construction of a 3/4-mile-long section in Guilford, from the Madison line to Boston Street. Running off-road parallel to Route 1, the section will be 8 to 10 feet wide and finished with a “chip-seal” surface of light-colored stone. It will enable people to safely walk or bike from the residential neighborhoods and commercial area near the East River into downtown Guilford and beyond without traveling on Route 1. The section will eventually connect with a piece to be built that will carry the trail across the East River bridge and toward downtown Madison. 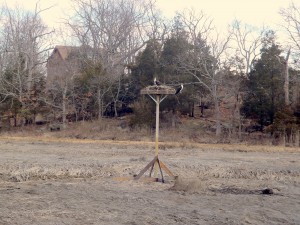 Pamela Bisbee-Simonds, who leads Shoreline Greenway Trail’s Guilford effort, said she expects groundbreaking to take place late this year or in early 2017, following state approval of a final design and a competitive bidding process for construction. Pro bono design services have been graciously provided by the town of Guilford.

“Our supporters in Guilford and our town partners are thrilled we’ve received this grant and excited that we’ll soon have our first section of Shoreline Greenway Trail in Guilford,” Bisbee-Simonds said. “Ultimately we’ll have a pedestrian-, bicycle- and wheelchair-accessible trail border to border in town as part of a larger regional network, but for now we’re pleased that we’ll be able to help get non-motorized traffic off a dangerous stretch of Route 1 and give people a safer way to travel around Guilford.”

The other grant, for $94,346, will help fund construction of an approximately 1/3-mile-long trail section through Farm River State Park in East Haven. The 9-foot-wide stretch of packed granite trail will link up with an existing section of the Shoreline Greenway Trail that runs between East Haven’s D.C. Moore School and Mansfield Grove Road. The new section will connect the Mansfield Grove Road trailhead with the Farm River State Park entrance on Pevetty Drive, then run through the park before terminating at Short Beach Road (Route 142). From there, the trail will eventually connect with a section to be built in Branford.

Barbara Brow, who leads Shoreline Greenway Trail’s team in East Haven, said that when the new section opens this fall, East Haven will have more than one mile of contiguous trail, offering users an opportunity to connect with nature; to observe small wildlife, myriad birds and cave formations; and take in spectacular views of the Farm River.

“We are grateful to the DEEP for the Recreational Trail Grant award, which will allow us to build an environmentally sensitive section of the Shoreline Greenway Trail in the beautiful surroundings of Farm River State Park,” Brow said. “We appreciate the support of Mayor Joseph Maturo, who has long been an advocate for the trail and who has generously authorized East Haven’s Public Works Department to perform in-kind construction work on the new section.”

Brow noted that Shoreline Greenway Trail has been able to make the progress it has only because of the financial support—now totaling nearly $4.5 million—of the state of Connecticut, the federal government, town governments, private foundations, businesses and individual donors, and the hard work of hundreds of dedicated volunteers.