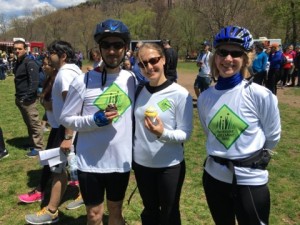 A Shoreline Greenway Trail bicycle team raised $3,625 for the trail during the 2016 Rock to Ride Earth Day Ride on April 30 in New Haven. SGT fielded a team of 21 riders, who enjoyed a sunny day of pedaling through New Haven-area parks and neighborhoods plus tasty food, great music and camaraderie at the finish line.

Anna Heinzel and Kristen D’Souza led SGT’s participation in the event, which attracted 1,135 cyclists and raised more than $165,000 for 28 environmental organizations, including SGT.

The 2017 Rock to Rock is scheduled for Saturday, April 22, so save the date, gather your friends and family, and plan to ride with the SGT team! 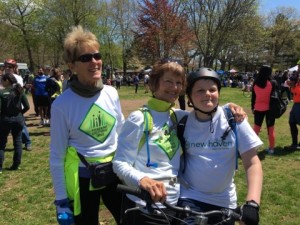 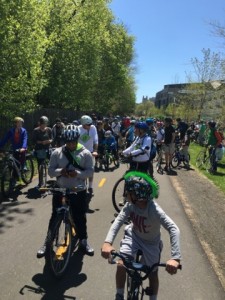 SGT cyclists in white t-shirts in the 2016 Rock to Rock Earth Day Ride.